Welcome to VATSIM Malta (unofficial)!
This is a VIRTUAL community, and does not represent MATS (Malta Air Traffic Services) in any way.

VATSIM Malta (unofficial) is not officially represented by VATSIM, and is currently a group of members who are trying to make Maltese airspace shine again on VATSIM. Our hope is to one day begin our very own official vACC.

By using this site, you understand that this website is meant as a tool for virtual controllers and pilots who use flight simulators to simulate the procedures and operations of Malta ATS. No information contained on this website can, nor should, be used for real world flights.

We use cookies to ensure that we give you the best experience on our website. If you continue to use this site we will assume that you are happy with it. Please review our privacy policy here.

All flights on all aprons should request clearance delivery with Luqa Ground prior to requesting start-up clearance. On first contact with Luqa Ground, pilots must state aircraft type, apron number, stand number the code letter of the latest ATIS information received and current QNH. Clearances will not be issued by ATC for international flights unless a flight plan has been received.

All aircraft must obtain taxi clearance prior to moving from the aircraft stand, this must be read back in full.

Pilots of VFR domestic departures should advise their intentions on initial contact with Luqa GND order to operate in a VFR sector or within the visual pattern.

Luqa GND will clear departures to an altitude of 1500 FT or below on the assigned VFR departure route. Departing VFR flights should expect to be transferred to APP after exit from the INNER zone and ATC will subsequently clear the VFR departures to their Requested Flight Level depending on the traffic situation. For planning purposes pilots should expect to remain at an altitude of 1500 FT until exiting the Luqa CTR if the traffic situation does not permit clearance to higher levels after exit from the INNER zone

If circuit training is planned and approved by ATC, pilots will be advised to expect VFR patterns at the applicable circuit altitude.

Due to international arrivals and departures and when required by ATC, circuit flights may expect to be transferred to Luqa APP for vectoring into a sequence of arrivals.

Visual Reporting Points (VRP) are used to by VFR aircraft in order to navigate by visual "waypoints".
All VRPs of Malta (as of 2020-12-08) are shown in the screenshots below: 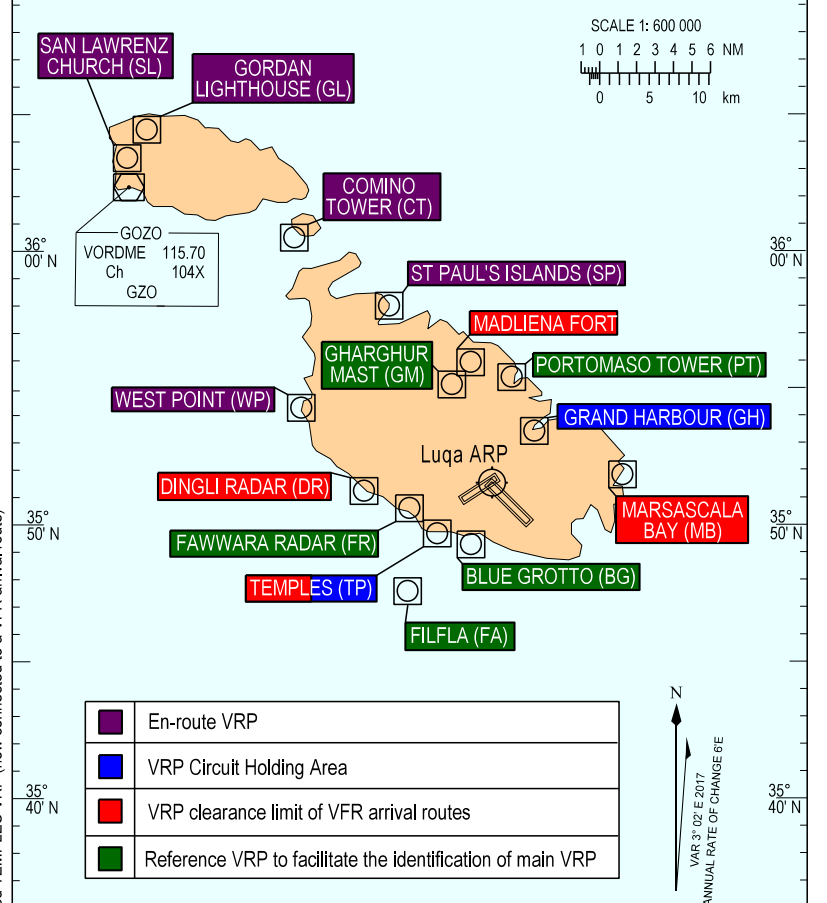 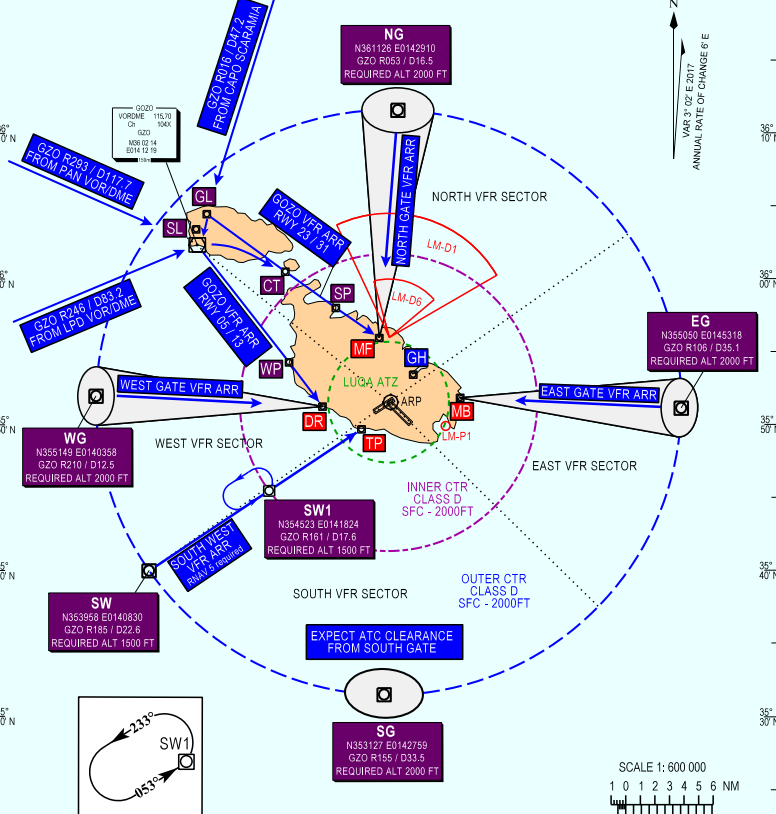